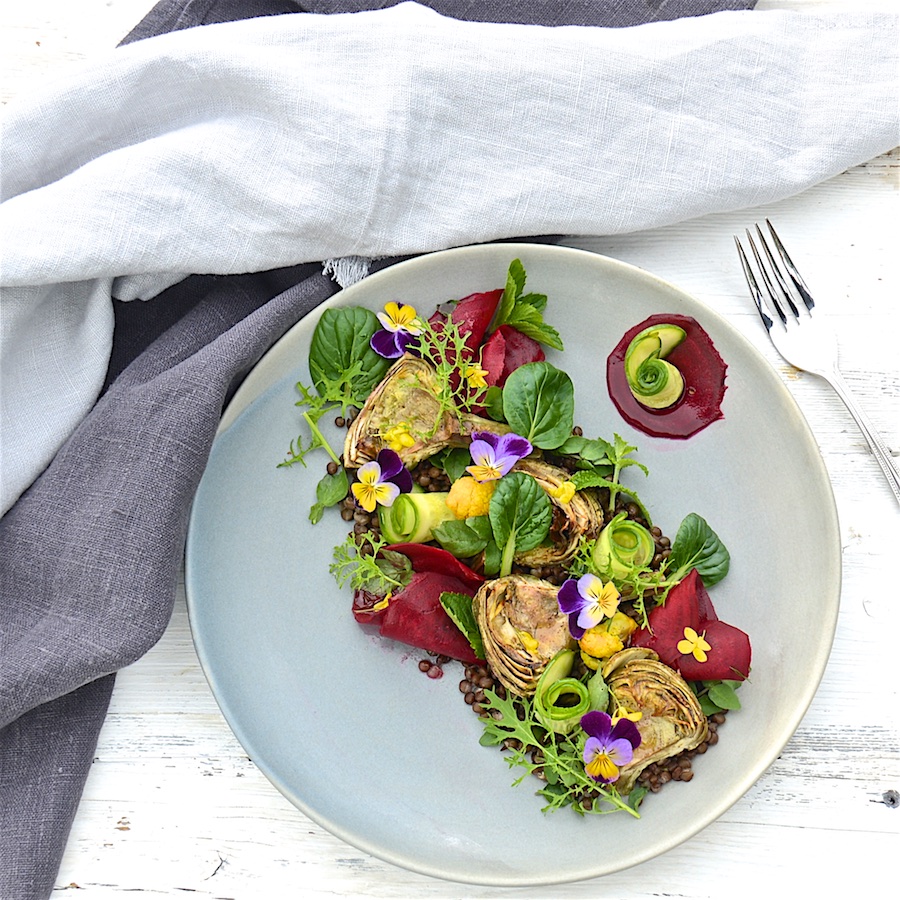 This spring was not a good season for artichokes locally. I barely saw an artichoke once or twice at the local grocery store and nothing at the markets. That’s unfortunate because I love cooking with them.

On my last trip to the store though I found a few reasonable looking specimen and thought I’d take them. Instead of cooking the artichokes whole, I  cut the outer leaves down almost to the heart and then into quarters, drizzled with olive oil and roasted until tender and cooked through.

If you don’t have fresh artis you can try this with frozen artichoke hearts, I think it will work fine and make the job easier. I am so used to working with fresh artichokes that it doesn’t take me long to prep them but I acknowledge  that artichokes are labour intensive and normally would be time consuming to prepare.

This dish does not have to be made with artichokes though. You could make it with other roasted vegetables, such as cauliflower, asparagus, carrots etc. Am I discouraging you from using artichokes? I hope not, but my mind works like that, always thinking of alternatives.

One thing that it’s trendy now is adding a pickled element to dishes so I added quick-pickled beets and cucumbers. It added layers of tangy flavour and crunchy texture that were refreshing to the palate. The beets do not have to be cooked, only very thinly sliced and marinated in the pickling liquid.

It was a fun dish to prepare and pretty to look at so I am sharing it with you.

Grilled artichokes with beluga lentils and pickled beets and cucumbers

Rinse lentils, place in a pot with 3 cups of water and bring to a boil. Lower heat and cook until the lentils are tender but not mushy. Drain and while warm drizzle with a little olive oil, then season with salt and pepper. Set aside.

Trim the fresh artichokes to the heart, discarding inedible part including the hairy center. Rub with lemon to prevent discoloration. Cut each heart in 2 or 4 pieces, drizzle with olive oil and season with salt and pepper. Place on a foil lined baking sheet and roast at 400°F until golden and cooked through.

Place beet and cucumber slices in two separate bowls. To make the pickles combine vinegar, sugar, salt and cracked peppercorns and mix until sugar dissolves. Pour half of the vinegar mixture over the sliced beets and the rest over the sliced cucumbers.

Combine the dressing ingredients in a small jar, secure with a lid and shake to combine.

You can arrange this on individual plates or on a large platter.

Pile the lentils in a rectangle in the center or along the side of a large plate.

Arrange the artichokes over the lentils and greens.

Roll the cucumbers into rosettes and tuck them between the artichokes.

Roll the beet slices and tuck them in between the artichokes.

Drizzle some dressing over the vegetables and lentils.

If you have edible flowers tuck them in here and there.

Serve at room temperature with extra dressing on the side. 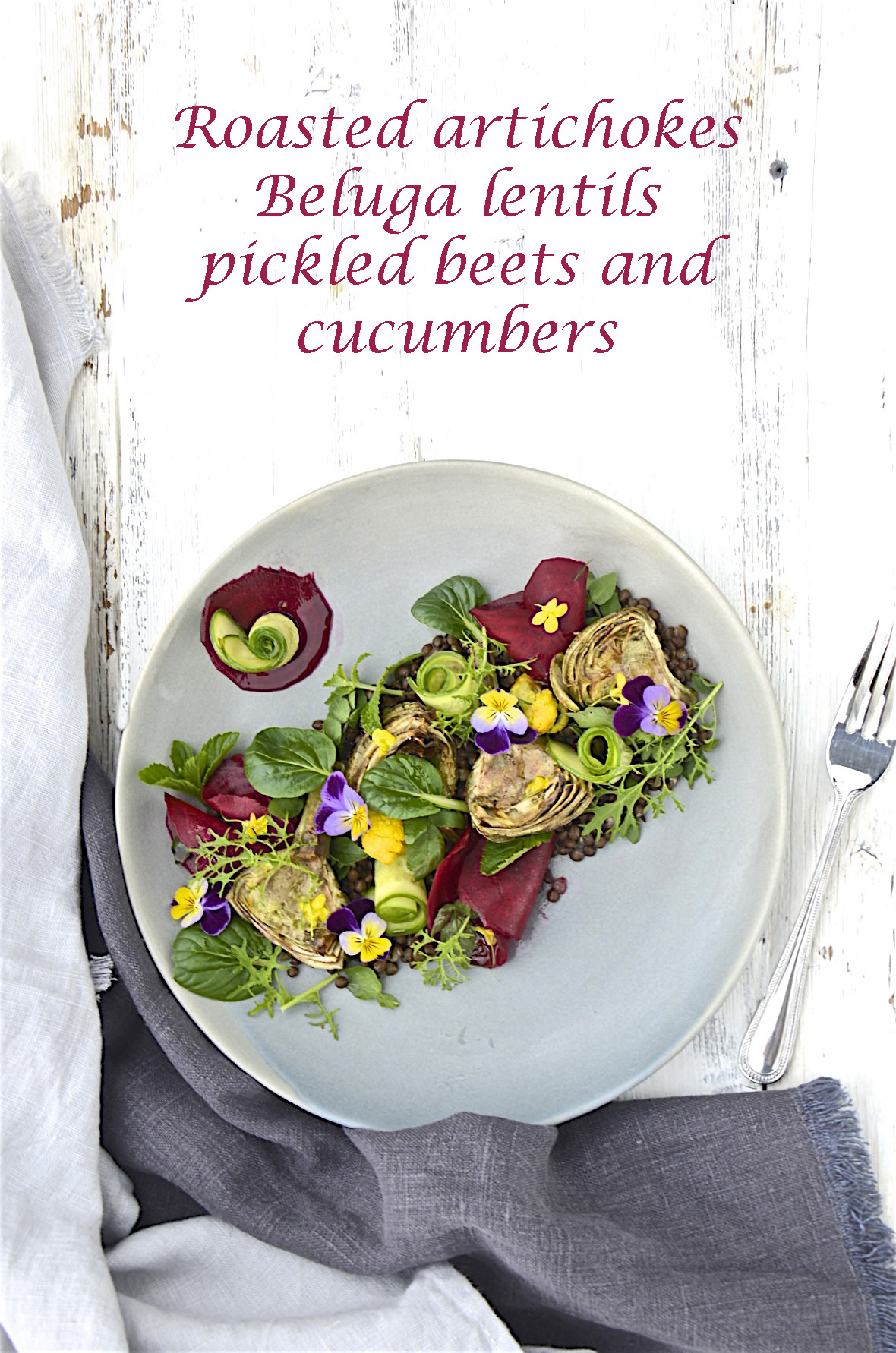