Kale salads took the culinary world by a storm and all of a sudden every trendy chef was offering kale salads on their menu. Suddenly, or so it seemed, there were curly kale and black kale and red kale and Russian kale available to us and we jumped on the food trend bandwagon. Kale has a strong flavour a sturdy texture and needs some help making it into a salad. We chopped, ribboned, even massaged the kale leaves to soften them little and made many variations on a simple theme. There is even kale caesar out there. The trend is so entrenched now that it is common to find chopped kale greens in the ready made salad packages at the grocery stores.

Food trend are interesting to follow but it is even more interesting when you realize that in order for the trend to materialize and take hold, it must have taken years of prior ground work to make it happen “overnight”. If you are interested in reading about food trends you may want to read The Tastemakers: why we are crazy for cupcakes but fed up with fondue by David Sax. He examines food trends (think cupcakes, chia seeds, quinoa, sriracha sauce, food trucks and many more) and explains the lengthy process by which they become an “overnight” success.

I like kale salads but still prefer kale when it is cooked.  Eventually I started to toss the kale briefly in a skillet, not more than a few seconds, to make a warm kale salad. This warm kale and mushroom salad has become a popular salad at our house, topped with thinly shaved parmesan or pecorino and served with lightly grilled croutons mixed in. Tossing the warm mushrooms with the kale makes it almost unnecessary to sauté the kale separately because it cooks and softens with the heat of the mushrooms. Try it either way and see what works for you. 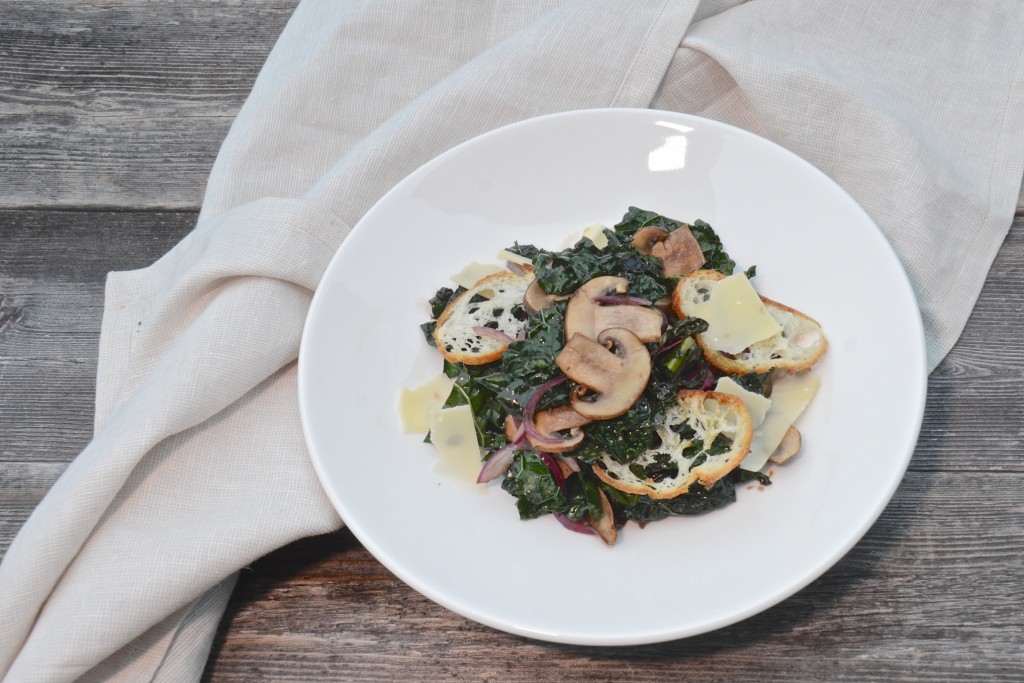 The dressing for this salad comes built in, made with the oil and vinegar in which it is cooked. One thing about this salad, it doesn’t sit well for long so you have to make it and serve it right away. I prefer to use black kale (lacinato kale,Tuscan kale, or in Italian cavolo negro) rather than the curly variety. The texture, flavour and shape make a better salad than the curly variety, at least in my not so humble opinion. To prepare the kale for the salad I remove the stem by cutting on each side of it all the way up the leaf and removing it. I then stack the leaves and cut them horizontally, not too thin for this salad.

The recipe was inspired by Mollie Katzen Grilled bread and kale salad with red onions, walnuts and figs from her excellent vegetarian cookbook The Heart of the Plate. If you are not sure who she is then you must be very young. She is the person behind the Moosewood restaurant cookbooks, some of the best selling cookbooks of all times.

A few shavings of parmesan or pecorino

Heat the oil in a large skillet, add onion and saute briefly until fragrant.

Add the mushrooms and some salt and cook until warmed and slightly softened. Do not over cook.

Remove the mushrooms and onion and keep warm.

Add the sliced baguette to the the skillet and cook to coat the bread with the oil, very quickly, only until the bread barely begins to turn golden.

Remove the bread to another dish.

Add the kale to the skillet and toss for just a few seconds, coating the kale with the oil and adding the balsamic vinegar, tossing with tongs.

Remove the kale and toss with the mushrooms just until combined.

Using tongs place the kale and mushrooms on salad plates, scatter the walnuts and saved parmesan over and add a few pieces of croutons to each plate.

Serve with fleur de sel and extra balsamic vinegar on the side. 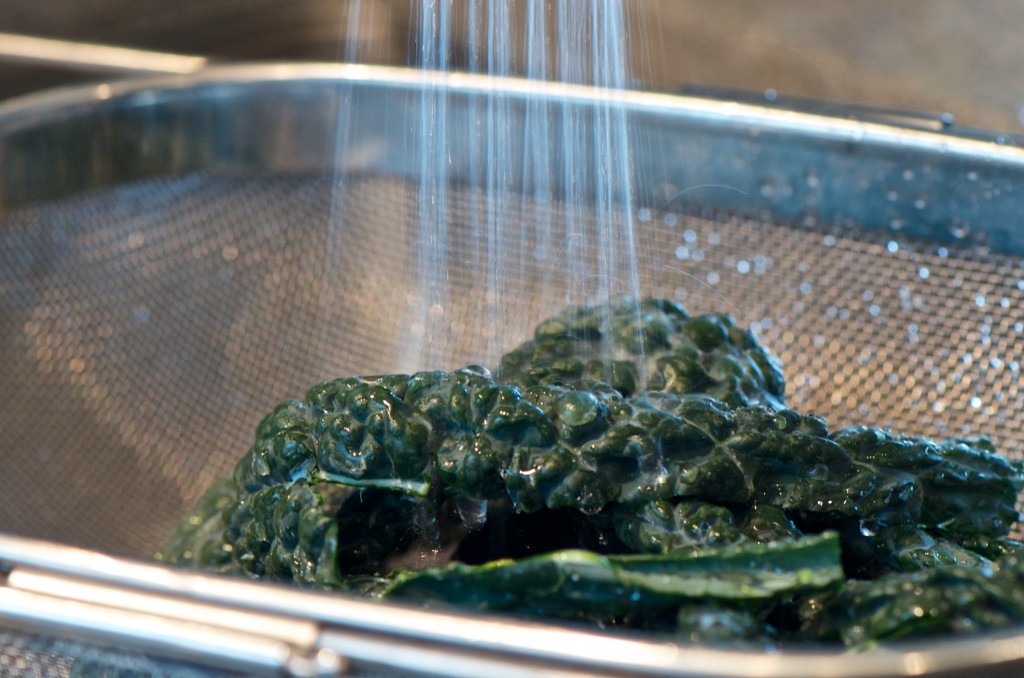 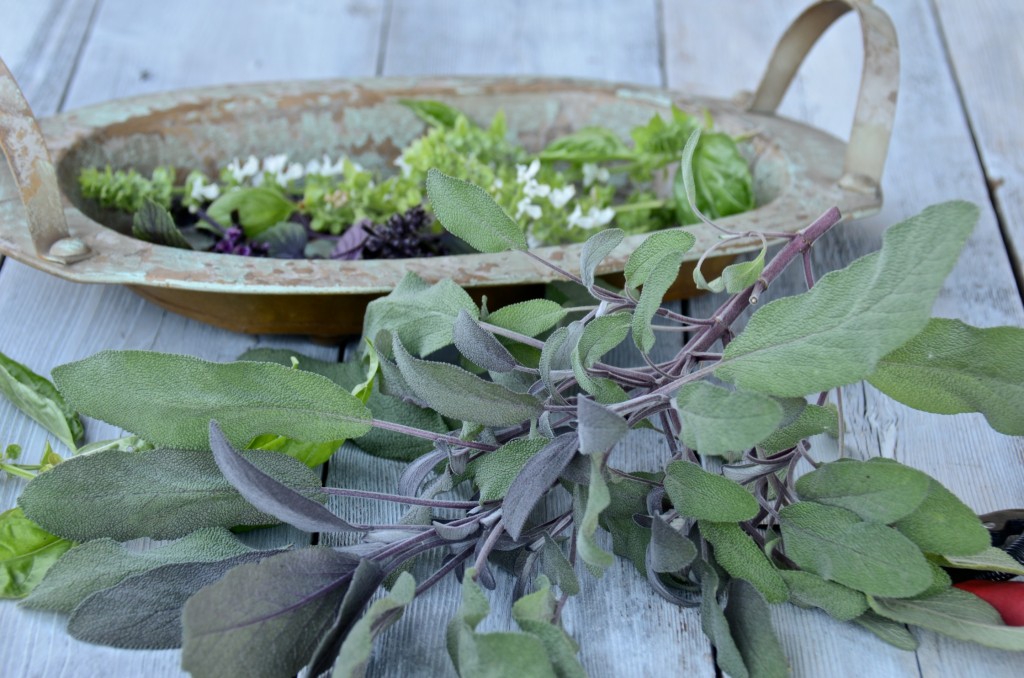 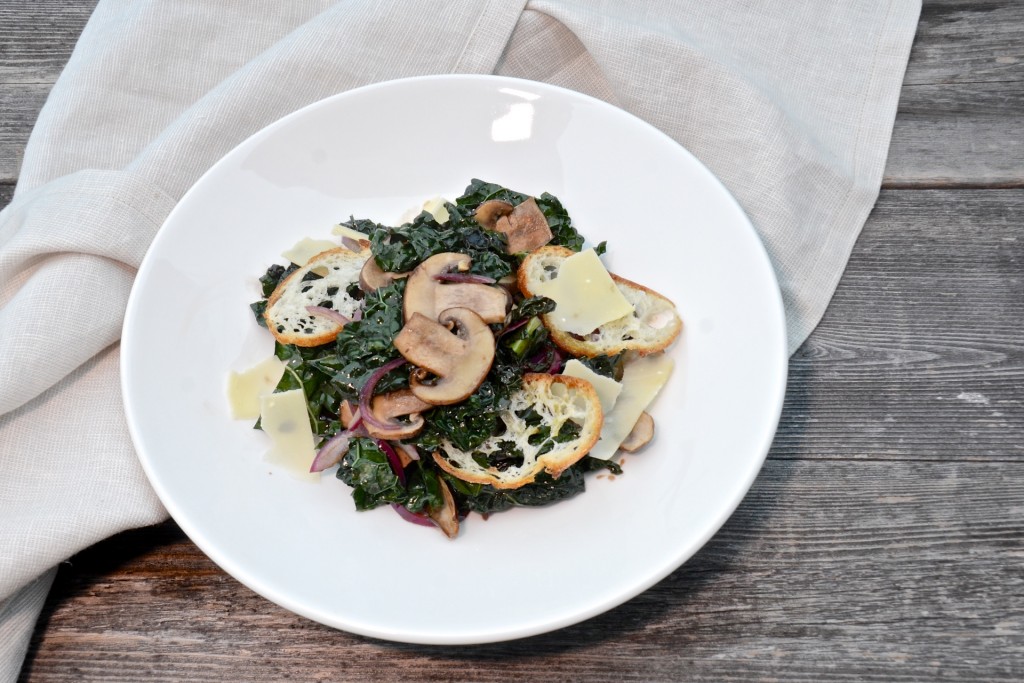