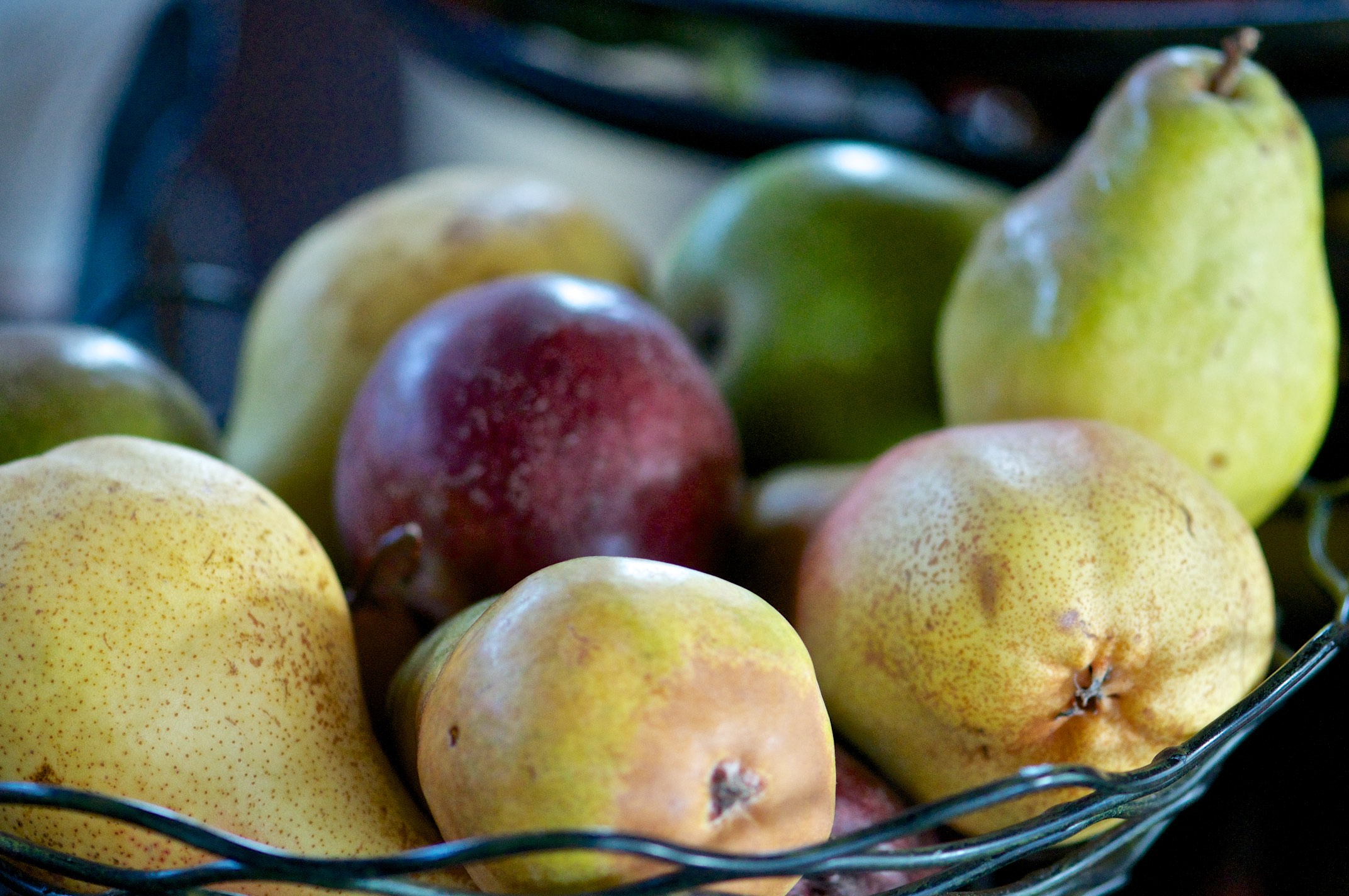 One of the treats of fall that extends into the early winter season is the pear. Sweet in flavour with textures ranging from grainy to buttery, pears make a welcome addition to the fall and winter cooking repertoire. Pears can be incorporated into breakfast dishes from cereals to pancakes to muffins, served in salads, with cheese course and desserts. They can also add flavour to main courses and side dishes. How about chopping a firm textured pear into a grain pilaf, pairing a roasted pear with sweet potatoes or serving a sauce with soft, buttery pear cooked into it? Go ahead, pair the pear! 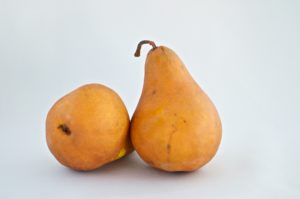 There are several varieties of pears, each with it’s own characteristics and consequently preferred use in the kitchen:

Bosc: the classic pear with light brown golden skin and slightly grainy flesh, shaped in elongated penultimate “pear” shape. This is my favorite pear and I use it to poach in wine or juice, serve with a selection of cheeses at the end of a meal or add to those slightly bitter greens in a salad to counter them with an added layer of sweetness. The firm texture holds it shape and looks beautiful when sliced vertically. I also use this. Variety to make caramelized or crystallized pear “chips” to garnish salads, geese trays and desserts.

Concord: an amazing variety, derived from crossing the European Conference pear with local Comice variety, not readily available in this neck of the woods but sometime the Italian grocers bring them from the pacific northwest. Tall and exceptionally elongated, firm but juicy, sweet but not overdone with vanilla undertones this is an ideal pear to have with a slice of blue cheese at the end of dinner or any time. Quintessential Italian elegance. 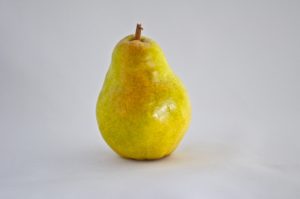 Bartlett: More round and not as elongated as the Bosc variety, Bartlett pears are yellow when ripe, have a wonderful distinctly pear aroma, are buttery in texture and full of sweet moisture. Bartlett do not stand well to poaching and become soft and mushy when cooked. I use them in chutneys and to make pear butter as well as add them to quick breads for flavour and moisture. When a bartlett pear is not over ripe and still retain its texture Iserve it in a salad with blue cheese or just pair it with blue cheese without a salad. A fully ripened specimen makes a great “kitchen sink” snack, and I invite you to bite into its juicy flesh over the sink, letting the sweet nectar drip down your chin. Of course you can be more restrained and eat it off a plate with a knife and fork but in Shakespeare’s own words ” it is an ill cook who cannot lick his own fingers” (or have a kitchen sink snack). Bartlett comes in yellow or red varieties. I think the red variety is somewhat firmer.

Other varieties include green and red Anjou pears, Comice, the elongated Concord and small Seckel pears. Pick up a selection of pear varieties at your local market and experiment with them in you kitchen this season. Why not? 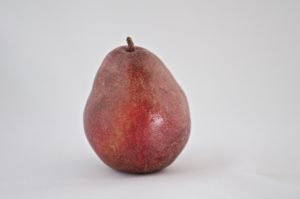 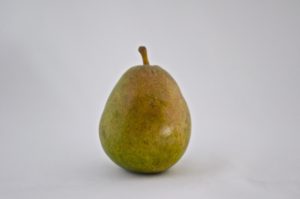